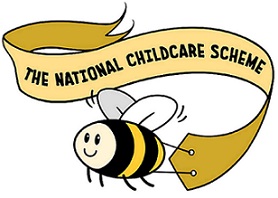 Minister for Children and Youth Affairs, Dr Katherine Zappone, has today announced the launch of the National Childcare Scheme, the pathway to quality, accessible, affordable Early Learning and Care and School-Age Childcare in Ireland. Announcing the Scheme, Minister Zappone noted:

“In 2017 we began to build a radical new system of financial support towards the cost of childcare under the working title of the Affordable Childcare Scheme.  Today, with the scheme now in sight, we are launching it under its new name- the National Childcare Scheme.

The National Childcare Scheme is a landmark new Scheme for Ireland. It is the first ever statutory entitlement to financial support for childcare. Through this entitlement, the National Childcare Scheme aims to improve children’s outcomes, support lifelong learning, reduce child poverty and tangibly reduce the cost of quality childcare for thousands of families across Ireland.”

The Minister also announced a national Communications Campaign for the Scheme to raise awareness and help both parents and providers to prepare for the Scheme’s opening in October.  The campaign includes:

An overview of the timeline of key events taking place between March and October 2019 will be available on the new website- www.ncs.gov.ie.

“This Government is making life easier for families. We’ve introduced paid paternity leave for dads, increased maternity benefit, extended free pre-school to 2 years for all children, reduced the amount of income tax paid by middle income families, made free GP care available to more families and we’ll be bringing in paid parental benefit for the first time later this year.

“We realise that childcare costs are a huge financial burden on families, so we want to make it easier and more affordable to access high quality childcare. The cost of childcare can act as a barrier to parents to want to return to work, but who are worried about how much it will cost to do so. It can also be obstacle to parents who want to take up education and training.

“The National Childcare Scheme will change that by providing universal and income-linked subsidies.  As well as helping parents it will of course help us to achieve better outcomes for children.”

Recognising the central role of childcare providers, the Minister also announced a once-off Transition Support Payment which will be paid to all providers who participate in the Scheme.  The payment acknowledges the work involved in the initial transition period when both the new Scheme and the old legacy programmes will briefly run side by side. In announcing the payment, the Minister also emphasised her gratitude for the dedication and commitment demonstrated by those in the Early Learning and Care and School-Age Childcare sector.

Under the National Childcare Scheme, families will be supported to meet the cost of quality childcare through a system of universal and income-related subsides. Additional funding provided under Budget 2019 ensures an even greater number of families will now benefit from the Scheme when it opens.  The significant increase in the top net income threshold to €60,000 net income per year means that an estimated 7,500 additional children will benefit from the Scheme, with over 40,000 other children, already eligible, seeing increases to their subsidies.

The National Childcare Scheme is paving the way for Ireland’s childcare system to transform from one of the most expensive in the world into one of the very best.

This National Childcare Scheme will replace the existing targeted childcare programmes with a single, streamlined and more user-friendly scheme. The Scheme will open to applications in October 2019 and aims to:

Below are a set of sample families scenarios, all qualifying for 40 hours of subsidised childcare per week. The reckonable income for the purpose of calculating each family’s subsidy is arrived at by taking the gross family income, including any social protection payments, and deducting tax, PRSI, USC and any allowable items, such as the Multiple Child Discount.

Family B:
Siobhan and Jack have two children; a two year old who needs 40 hours of childcare and a 5 year old who needs 17 hours of afterschool care per week. Siobhan is working full time and Jack is studying. They have a gross income of €64,000 per year. Under the Scheme, their reckonable family income is €43,200 and they qualify for a total subsidy of €128 per week or €6,656 per annum.

Family C:
Charlie and Sam have three children; a one year old and 2 year old twins who all need 40 hours of childcare per week. Charlie works full time, while Sam works part time. They have a gross income of €90,000 per year. Under the Scheme, their reckonable family income is €51,400 and they qualify for a total subsidy of €176 per week or €9,152 per annum.

Communications and Training Campaign
As part of the national Communication Campaign, comprehensive information materials and supports for parents, providers and stakeholders are available from today on the Scheme’s website www.ncs.gov.ie. A range of guides and resources in a variety of formats are available to access, including Frequently Asked Questions, information booklets and leaflets.

Starting this month (March), over 600 training sessions will be held nationwide for providers, continuing throughout the year. These sessions will give detailed information to those wanting to participate in the National Childcare Scheme. There will also be full suite of training and information materials available to access online. Places can be booked for sessions across all venues via the Eventbrite page on the website. Resource packs containing information booklets and leaflets will also be sent to providers by post.