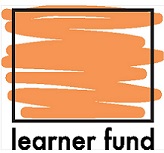 The Department of Children & Youth Affairs (DCYA) will re-open the Learner Fund Bursary (announced early 2017) to Early Years practitioners who have completed a major award in Early Childhood Care and Education at Level 7, Level 8, or Level 9 qualification on the National Framework of Qualifications since the inception of the Learner Fund (2013). This qualification must be on the DCYA Early Years Recognised Qualifications list. The bursary amount will be €750. The local City/County Childcare Committees (CCC) will process/appraise Learner Fund Bursary applications.

To be considered eligible for the Learner Fund Bursary, an applicant must:

Applications will be available from Sligo County Childcare Committee  email sligochildcare@gmail.com or call 0719148860

Please note as above the fund will not open until 16th October and close on the 7th November at 5pm  if you intend to apply for the bursary please ensure you have all the relevant documentation enclosed as extensions will not be provided and incomplete applications will not be considered.